Alcohol is a ‘depressant’ drug, meaning your brain’s control of your body is being slowed down.

Even a small amount can affect important functions like speech and movement. Drinking very large amounts all at once can slow your heart rate and breathing down to a dangerously low level.

If you drink regularly, you might feel like alcohol doesn’t affect you as much, but this usually means you’ve developed a tolerance to some of the effects.

Remember, the more you drink, the more damage you can cause.

2. How does alcohol affect my heart?

There is a very clear link between regularly drinking too much alcohol and having high blood pressure. Over time, high blood pressure (hypertension) puts strain on the heart muscle and can lead to cardiovascular disease (CVD), which increases your risk of heart attack and stroke.

Those who drink regularly and consume more than the lower risk guidelines are likely to be advised to cut down or stop drinking completely.

3. How much can I drink safely?

New guidance published in January 2016 by the UK Chief Medical Officers says that both men and women are safest not to drink regularly more than 14 units per week, to keep health risks from drinking alcohol to a low level, and that if you do drink as much as 14 units per week, it is best to spread this evenly over 3 days or more.

Drinking alcohol to excess can cause other serious health conditions, such as cardiomyopathy (where the heart muscle is damaged and can’t work as efficiently as it used to) and arrhythmias (abnormal heart rhythms). Some of these conditions can increase your risk of stroke.

4. Aren’t there some benefits to drinking alcohol?

The newest evidence suggests benefits for heart health of drinking alcohol are less and apply to a smaller group of the population than previously thought. The only group who might see some benefit overall in the UK is women over the age of 55, but and even then only at low levels of drinking – around 5 units a week or less.

There is certainly no reason to start drinking alcohol if you don’t already. There is also no drink, such as red wine or beer, that can be proven ‘better’ than another.

5. I have a heart condition. Should I give up alcohol?

If you already have a condition that causes arrhythmias, alcohol may increase that risk. This can be especially dangerous in those who have inherited hear rhythm conditions.

Heavier drinking (binge drinking) can also bring on a first episode of arrhythmia; once this has happened for the first time, you’re at an increased risk in the future.

When you stop drinking, or reduce the amount you drink, you’ll see rapid improvement in your blood pressure (you should see a reduction within a few days).

If you have alcoholic cardiomyopathy, stopping drinking can lead to improvement or even recovery for many.

6. I’ve had heart surgery. When can I drink alcohol again?

Your doctor will often advise you when it’s safe to start drinking alcohol again, from a medical perspective. Psychologically, however, many people feel low in mood after they’re discharged home, especially following open heart surgery.

Until this feeling passes, it’s usually best not to start drinking alcohol again, as it can make these feelings much worse and last for longer.

7. Will alcohol interact with my heart medications?

For a lot of people on long-term medications, alcohol can make the drug less effective.

If you take medications for diabetes, or you’re on an anticoagulant like warfarin, drinking alcohol can affect the way these drugs work, so it’s important to speak to your doctor.

Alcohol also causes damage to the liver over time, especially if you drink too much.

Medications such as statins that act directly on the liver can cause further damage when combined with alcohol. If you do drink, stay within the low-risk limits.

8. What about alcohol and my weight?

Often, people only associate calories with food, forgetting that many alcoholic drinks are high in calories.

In its purest form, alcohol contains around 7kcal per gram. One unit of alcohol is around 8g, which is 56kcal or the equivalent calories of one custard cream. In comparison, carbohydrates contain 4kcal per gram. Your drink or mixer may also have added sugars, increasing the number of calories it contains.

Regularly consuming too many calories can lead to weight gain and therefore obesity, which is a risk factor for heart attack, stroke and type 2 diabetes.

Alcohol can also make you eat more than you usually would, or make less healthy food choices.

All information sourced from the British Heart Foundation 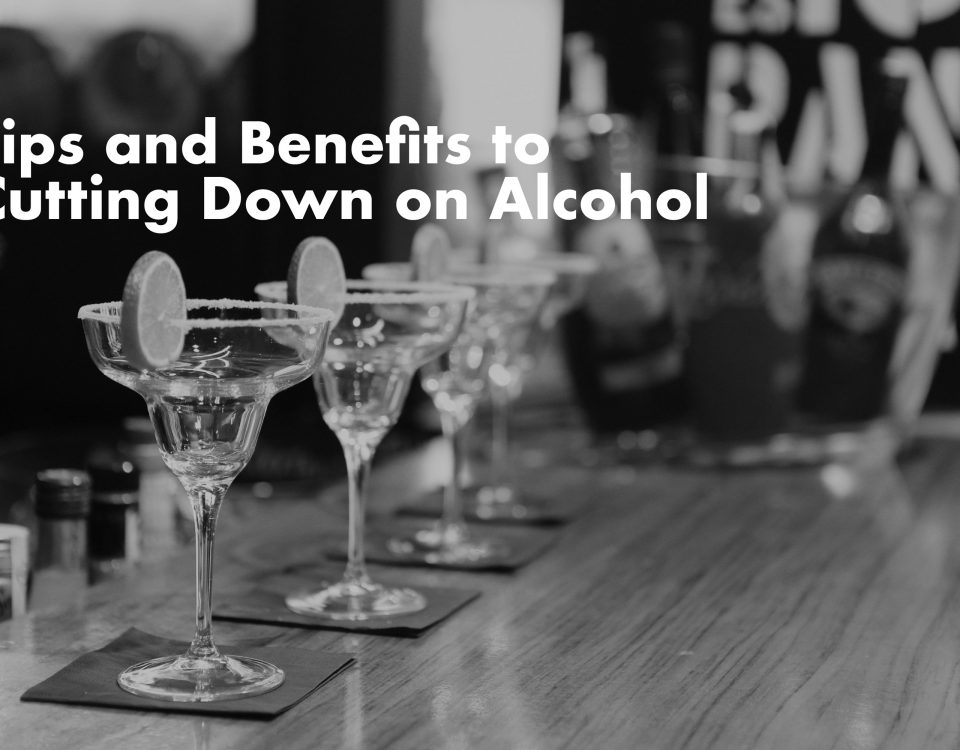 Tips and Benefits to Cutting Down on Alcohol