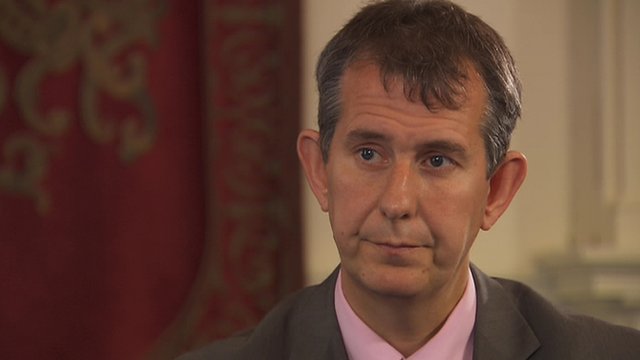 A leading GP has branded the health minister’s view that there is “merit” in charging fees to patients who end up in A&E due to alcohol or drugs as “simplistic and totally impractical”.

Dr George O’Neill, Chairman of Addiction NI, said while it starts an important conversation about dealing with a wider problem, Edwin Poots’ comments are “naive” and a “knee-jerk response”.

His comments come after the minister said paying for emergency treatment if drunk could be considered as one step to prevent the misuse by the public of A&E.

“The principle of it has merit,” said Mr Poots. “The implementation of it is more challenging.”

Dr O’Neill, a GP with 40 years experience, said: “What he said is very simplistic and a very naive view. Politicians should stick to strategy and policy and should not be looking at delivery of service, that is not their role.”

In January, a major incident was declared at the Royal Victoria Hospital because of the number of people waiting for many hours on trolleys in the emergency department.

Dr O’Neill said charging people who are drunk or under the influence of drugs for A&E care would not address the problems emergency departments are facing.

“Once again he is falling into the trap of looking at one part of the system when he should be looking at the whole system,” he said.

“So tinkering with A&E is not going to solve a problem. He has to look at the whole system and at present they are not doing that. Knee-jerk reactions do not solve long-standing problems.”

Dr O’Neill, however, did say it sparked a conversation about the issue. He said the issue of introducing ‘drunk tanks’ should be examined. Intoxicated people considered a danger to themselves would be put into facilities to recover from the effects of alcohol.

“If somebody is drunk and injured that is entirely different. But if somebody is just drunk it shouldn’t be the health service that looks after them, it should be the PSNI, but in a controlled environment,” Dr O’Neill said.

“Maybe they should look at having a section of the A&E where people in that state can be looked after until they are safe and secure to be sent away.” Sinn Fein’s Maeve McLaughlin, chairwoman of the Stormont health committee, was also critical of Mr Poots.

“The minister is demanding that the most vulnerable in our society foot the bill while he pays private sector clinics £130m each year. There is no evidence that charging people with alcohol or drug problems will resolve the issue that we are facing. The minister needs to realise we cannot penalise one section of the community in order to cover up the major issues facing his health department.”

A DHSSPS spokesman said the minister’s comments were part of a general discussion about managing pressures across the health service. “The issue of considering charging those attending EDs for treatment arising from being under the influence of alcohol and/or drugs serves to stimulate public discussion about the need for people to use the health service wisely and, if they don’t, then looking at what steps we might take to influence them.

“However, this (charging) would be a difficult measure to implement. In practice it would be very difficult to differentiate between those that have a health problem because of a direct decision they have taken themselves and those where there is another cause.”