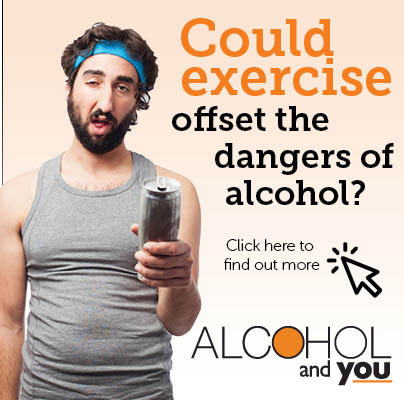 We all know of the benefits of regular exercise to help us maintain a healthy balanced lifestyle and this week in the news has stated that “Two hours a week of exercise could offset the dangers of alcohol” but what does that mean and does this take into consideration the amount of units of alcohol we consume?

It was a hefty article but lets break it down a bit..

New research has suggested that spending two and a half hours a week doing mild exercise like golfing, walking etc. may off-set the deadly impact of drinking too much alcohol.

The scientists believe that drinking alcohol and exercising share a similar metabolic pathway in the body, which basically work in opposing directions (alcohol forces the liver to stop getting rid of fat, exercise does the reverse and uses fat up as fuel).

Here are some key points to the study –

In a nut this is a great piece of research, which shows that reducing the effects of alcohol on our bodies can be partially achieved if we stick to the alcohol guidelines of 14 units per week for both men and woman and undertake regular exercise. It also shows us that regardless of how fit we are, if we consume alcohol we are having a negative effect on our health.